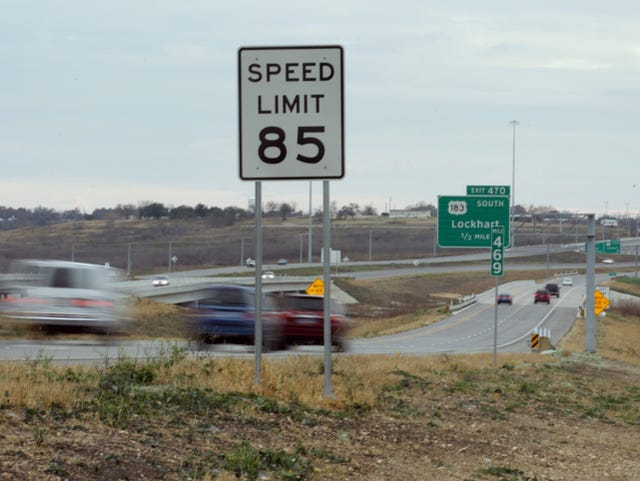 How to create an attitude of “I have to” towards “I want to.”

It’s October again, and this means it’s security awareness month! This month, we hang posters, give away some goodies, do hackathons, do hack competitions, and probably do some security awareness training. All good, but does it change people to behave more securely “aware”?

Why do some of us -still- drive too fast

We all know that driving too fast is dangerous and not allowed. But still, hundreds of people do it. They operate on the speed limit when they see police or trajectory control. Are these people criminals, idiots, or do they just not see the need to change their behavior because the government tells them? The reason why we shouldn’t drive too fast is because of safety. Moving fast increases the risk of getting yourself or others injured or killed in a crash. That makes sense, but why do many of us still exceed the speed limit?

If you look at it from another perspective, there could be several reasons this rule might no longer be valid. Cars have become much safer and more responsive, limiting the risk of injury or death. Some people can drive a car very well; others just don’t, so why should those great drivers follow the rules for the slow ones? In some cases, we even see police cars, which should give a good example, driving too fast without sirens or actual urgency. In many European countries, highway speed is also regulated due to nitrogen emissions. This rule applies not only to diesel or gasoline cars but also to battery and hydrogen cars.

Whether you agree with it or not, it does make sense that some people don’t agree with speed limits and only adhere to them when they can get caught. In some cases, they will comply temporarily after receiving a hefty fine, but that impulse will vanish after some time. Also, putting more billboards next to the road to make them aware not to exceed speed limits will probably not change their way of driving, or will they?

Why only Awareness training doesn’t change our behavior

So, what is the actual trigger for people to change their behavior? We think the intrinsic motivation to change people’s behavior is much more complex than just awareness campaigns with posters. Two interesting studies, which we also highlight in our book Leading in Digital Security, reveal to us how we can do better:

The first one is the Kübler-Ross change curve[1], which clarifies that everyone goes through different stages of grief when something needs to change. The origin of this curve is the 5-stages of grief a person goes through after a loved one passes away. These 5-stages are denial, anger, bargaining, depression, and acceptance. This curve also appeared valuable in the corporate world to understand the emotional status of an employee when going through a change.

For example, we take electronic vehicles and battery cars (Electronic Vehicles or EVs). Some of us were front runners by already buying the first Tesla Model S back in 2013, while others didn’t have the financials to move to EVs, even though they still wanted to. Some of us are still true petrol heads, and like the sound of real engines and the gasoline smell. The difficulty in change management and changing behaviors lies in the speed of going through this curve or accepting a particular change. This is not the same for everyone. Also, the starting point is different for everyone. If we want people to switch from petrol cars to battery cars, the “awareness” campaign for petrol heads most probably will be different from the ones that don’t have the money for it.

Another insightful view to change is that of John Kotter, who describes the “Eight reasons why transformation fails.”[2]. These are the following reasons:

If we retake battery cars as an example, we see that EVs are currently the most sold cars in Western Europe, beating petrol cars. This means that we can consider the change to EVs successful. If we assess the EV developments over the years against four of the eight reasons why transformation fails, it becomes clear why the EV transformation is a successful one:

We don’t know if Elon Musk used Kotter’s “eight reasons why transformation fails” but his buyers definitely went through it perhaps without knowing it. Still, the above example does show that these reasons can give excellent guidance in any shift or change, including Information Security.  Therefore, in the next section, we will provide some propositions on how to make a successful transformation in security behavior based on Kotter’s eight reasons.

Make people want to understand the change, to make the change

So, when you start your Security Awareness month or set out the actions to change behavior, consider Kotter’s approach to the change curve and the eight reasons why changes fail. Here are some propositions

Change the Organization by Changing the Individual

Changing the behavior of individuals to a more secure one must be approached as a change or transformation program. Methods like a fine or penalty for speeding and non-compliance give temporary impulses and will not have a lasting effect. The same goes for FUD (Fear, Uncertainty, and Doubt) which you can also read in one of our blogs. Therefore, we think that changing or transforming specific behavior can only be done more positively. This will change my mind from “I have to” to “I want to.” E.g., “I want to drive as fast as the speed limit because that keeps more people safe” instead of “I have to keep myself to the speed limit because of all these illogical rules that lead to a fine if I don’t comply.”

Management models like that of Kotter can help you define and execute the appropriate activities to make that change in specific behavior. Using such a model is not a one-time exercise. A compelling vision that worked before might no longer work in the future, as a problem Tesla now might have with outdated designs and compelling competition from Asian markets.